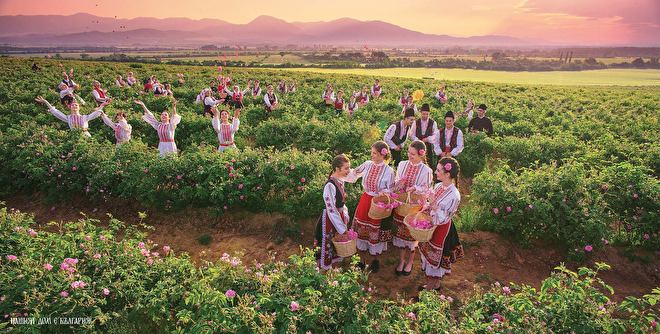 Roses occupy a separate position in the hierarchy of flowers - they are generally considered the best of all flowers. Red roses are a sign of love, yellow roses are a sign of friendship, and white roses represent purity, which is why they are often used for weddings and funerals. And this is just the tip of the iceberg when it comes to colors and variations.

Roses feature prominently in poetry, perhaps because of their beauty, fragrance, and symbolism. They are considered a wonderful gift and some are even used to make beauty products and food. Ask anyone which flower is the cream of the crop and the answer will no doubt be the rose. So where do the best roses in the world come from? 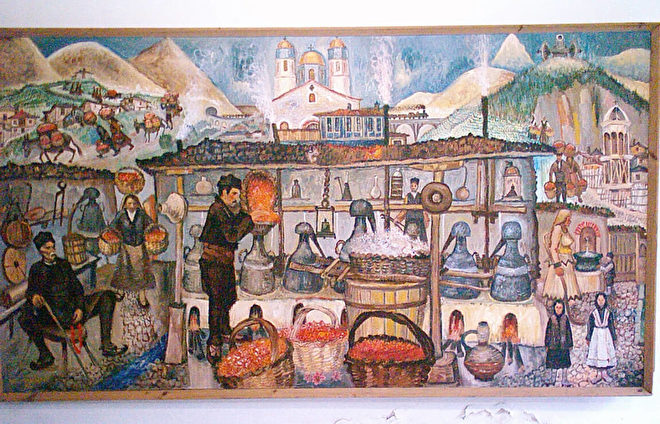 The luxurious Rosa Damascena has come a long way over the centuries - from the Middle East through Persia and India to find its real home in the "Valley of Roses" in Central Bulgaria. There is something about the air, soil, and climate in this magical place that stimulates the natural synthesis of the highest quality rose oil in the world. It has been known for centuries that Bulgarian rose oil restores and revives the skin and soul.

Located in a secluded and peaceful area in central Bulgaria, surrounded by endless evergreen mountains and towering peaks, at the foot of Bulgaria's largest mountain range lies a small, sunny and fertile valley. Known all over the world as the Rose Valley, at the end of spring, the air fills with the sweet scent of roses as the new crop is collected. This is the home of Bulgarian rose. This fragrant valley is known for its exceptional quality rose oil that excels in both fragrance and natural concentration of bioactive substances. 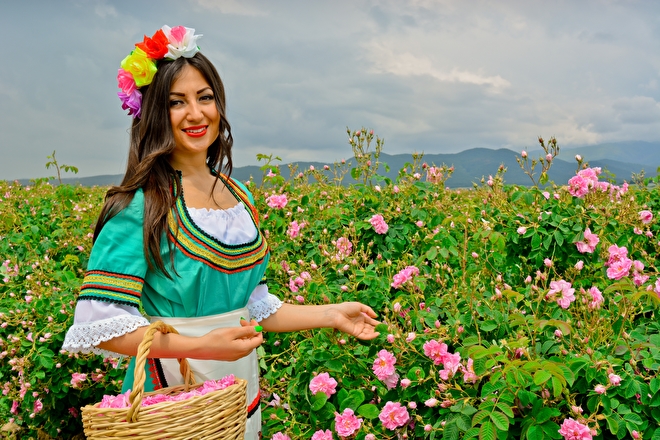 The Valley of the Roses is an area in central Bulgaria, 200 km east of Sofia. The Rose Valley runs from east to west. The valley is relatively wide, almost flat, limited only to the north and south by mountain ranges - to the north from the central Balkan Mountains and to the south from the eastern part of the Sredna Gora Mountains. The Rose Valley is geologically composed of two river valleys - west of the Strjama River Valley and east of the Tundzha River Valley. The western part of the rose is also known as the Karlovo Basin, and the eastern part of the rose is called the Kazanlak Valley, named after the nearby city of Kazanlak.

The Rose Valley is for the outdoor cultivation of roses that are known to grow here in the miles-long fields for industrial purposes. Here, in a wind-protected valley between the two east-west running mountain ranges, flowering damask roses (Rosa damascena) have been grown for centuries, mainly the variety 'trigintipetala' synonymous' Kazanlak ', as the' Bulgarian oil rose already mentioned 1689. From the petals of this rose is produced, by distillation, the precious rose oil, one of the most expensive essential oils. Rose oil is widely used in perfumes, in the perfuming of food and drink and in the pharmaceutical industry. 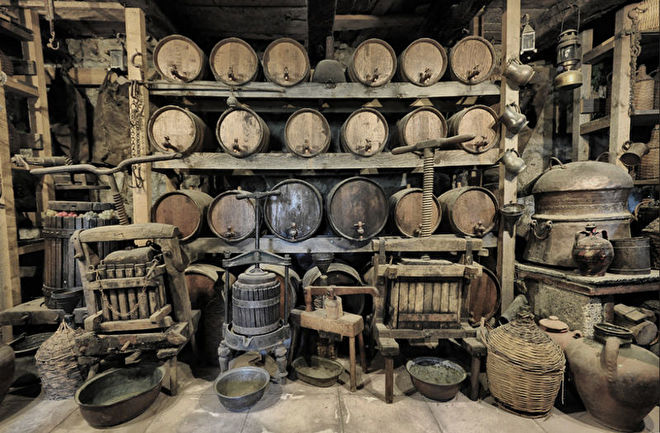 Rosen cultivation expanded in the seventeenth century, from Persia to India, North Africa, and Turkey. In 1710 rose cultivation in Bulgaria started in Kazanlak. From 1750 to the present day, the area between Kazanlak and Karlovo is the largest production area for the production of rose oil. In the 20th century, there were still about 2800 small distiller companies in Bulgaria producing rose oil with steam tanks for about 1-10 tons of flowers.

Bulgaria is the world's largest rose oil producer, supplying 70% of the world's rose oil production. The roses are mainly grown in the Rose Valley. The petals are harvested very early in the morning because the oil content is then the most. Three tons of flowers are needed to produce a liter of distilled rose oil. This represents an efficiency of only 0.02 to 0.05%. Bulgaria produced about 900 kg of rose oil in 2003. The center of the rose oil industry is Kazanlak, other smaller centers are Karlovo, Sopot, and Kalofer. 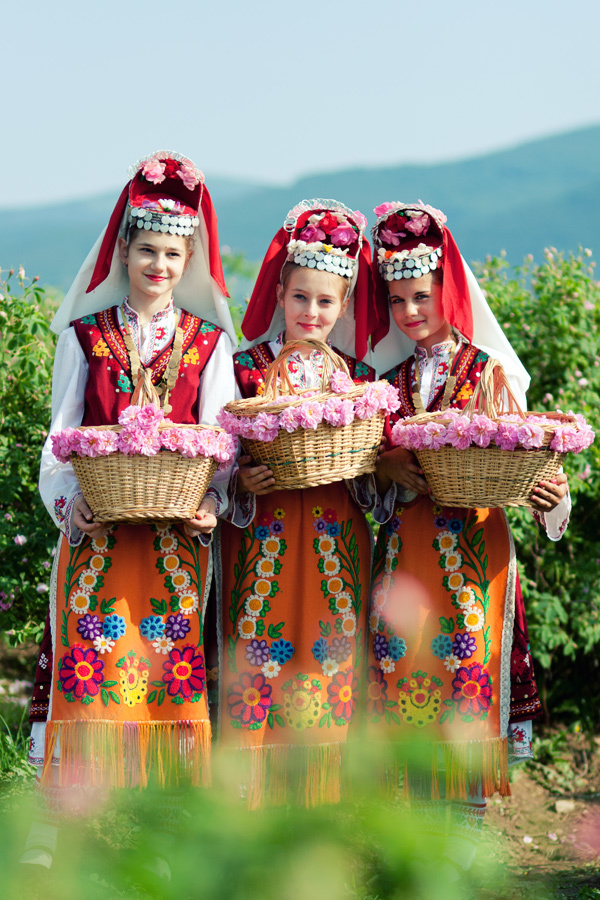 The season for picking the petals is from May to June. During this time, the entire valley is covered with roses and it smells wonderful! Picking a rose has traditionally been a function of women, it requires a lot of skill and stamina. The flowers are carefully cut individually, placed in wicker baskets and taken to the distillery. After the picking season in June, there is a celebration in the villages and towns. Flower festivals and folk festivals are organized annually. A festival is held every year. 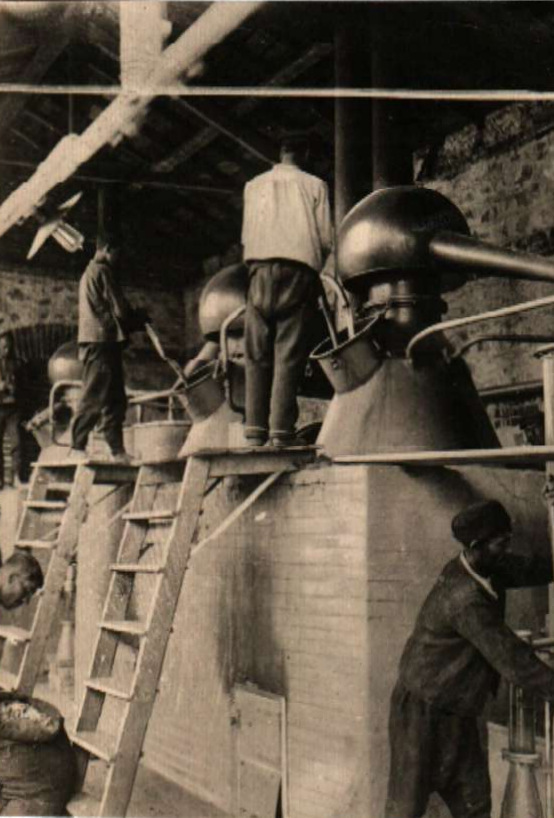 Interesting facts about rose production in the early 20th century.