Harvesting lavender in August in Isparta

If August smells like lavender that means you are in Isparta and it is the lavender harvest time. When the scent is added to the West Mediterranean geography where mountains meet lakes, Isparta welcomes us with all its beauty.

Even though France’s Provence region is the first thing that pops into mind when talking about lavender, Turkey has its own village that is rife with the smell of the purple flower. It’s time to discover the secret village of Kuyucak and its beautiful Fairytale lavender fields. 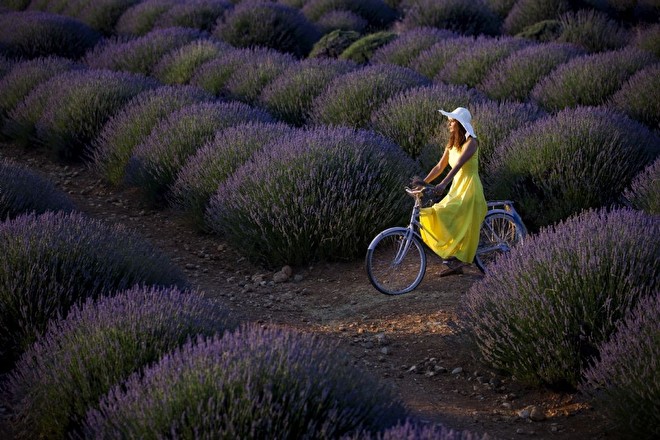 The production of essential oil from lavender is a significant source of revenue in Turkey, where lavender gardens boast lively purple colors, creating a distinctive opportunity in eco-tourism. For around 50 years, lavender production has been available in the Kuyucak Village of the Keçiborlu district of Isparta province, making up more than half of lavender production in Turkey.

Lying 47 kilometers from Isparta, Kuyucak is a charming village situated on a high hill at the edge of the Taurus Mountains, surrounded by lavender-covered slopes and plains. Today, the village has a population of 250 residents. 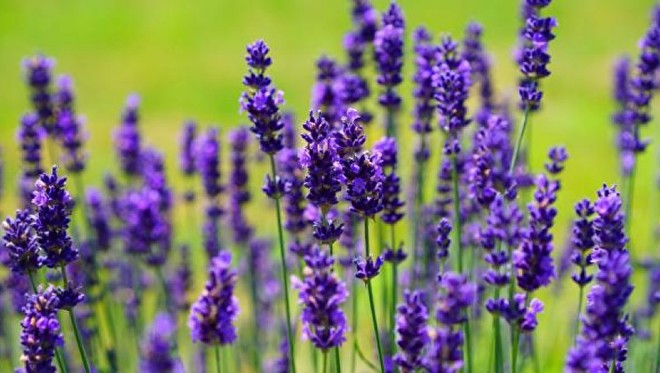 Kuyucak Köyü is still quite unknown to visitors who have yet to discover this idyllic village. Kuyucak, as well as the nearby Kuşçular, Çukurören, and Yeşilyurt villages, are some of the prime cultivators and producers of lavender in Turkey. Lavender has changed the course of life in Kuyucak as many people have left the area because of its barren land and extremely dry climate. With only around 90 households, the villagers of Kuyucak make a living through lavender cultivation and fishing as well as picking and drying the area’s naturally growing flowers and herbs such as hollyhock, daisies, and thyme for the country’s herbalist shops. With its natural cobblestone streets, mudbrick houses, and wild lavender bushes just sprouting out of the sidewalks, Kuyucak is truly a beautiful fairytale place to discover. 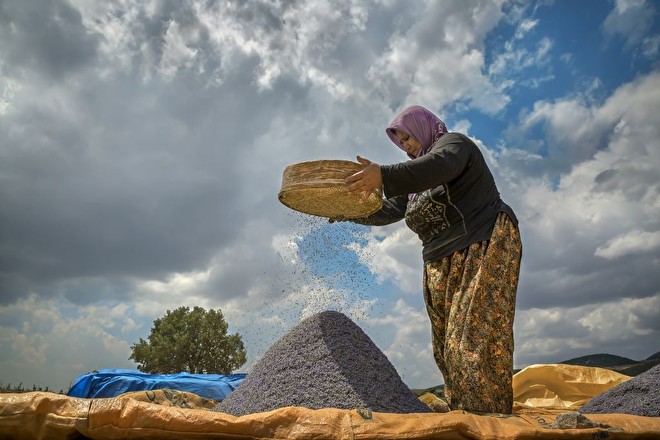 At the beginning of June, the lavender fields fully blossom in July, when the whole area is overcome with a beautiful purple hue. Of course, the scent of lavender also permeates the entire area and by August the harvest begins. During harvesting, the flowers are carefully cut from the middle of the stem to encourage further growth for the next season. Due to the fact that lavender can survive without much water and because one root can produce flowers for around 20 years, the lavender fields of Kuyucak have been quite a prolific undertaking. 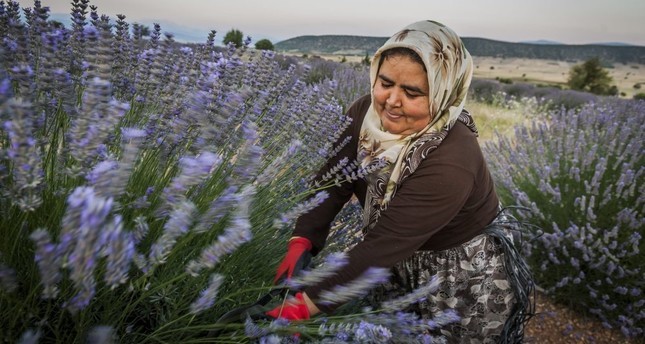 After the harvest, some of the lavender is processed into oil to be used for cosmetics, while some are dried to be sold to various firms around the country. Of course, for visitors, there’s also plenty of lavender-based shopping to be done including delicious lavender honey, lavender tea, dried lavender, lavender oil, lavender tonic, and lavender soap. One of the best times to visit Kuycak is during the second week of July when the lavender fields are in full bloom. 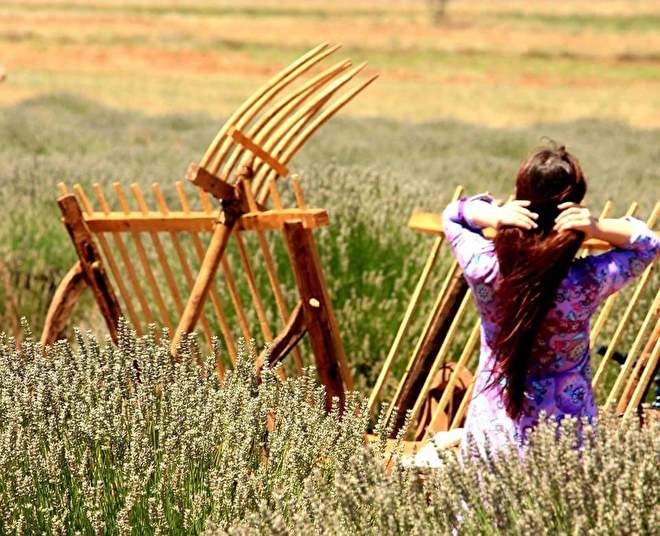 According to data from the Turkish Statistical Institute (TurkStat) in 2013, the village produces 93 percent of all lavender produced in Turkey on about 3,000 decades of land. With its lavender fields, Kuyucak has begun to draw the attention of tourists. Those who see the clusters of lavenders that have sprung up on the streets, the mudbrick houses and the sides of the sidewalk, are literally enthralled by the sight and smell of the flower. 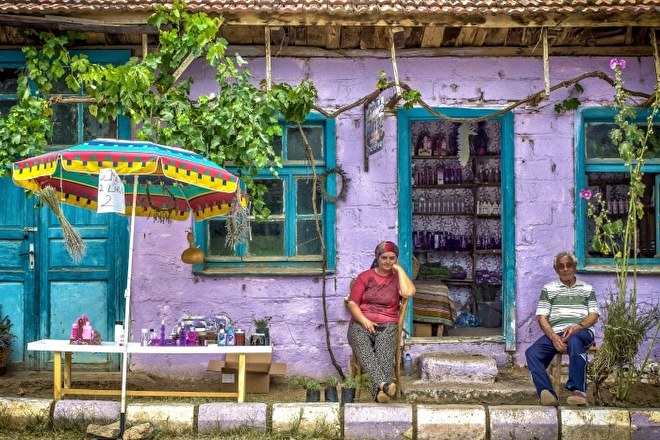 This floral paradise owes its natural beauty and even a substantial portion of its economy to the purple plant. Production began as a leisure activity in the gardens of local residents but spread from the streets and local rose gardens to become major commercial production. So the lavender production turned into a significant source of commercial production despite starting as a hobby in small private gardens, on streets edges of and on the sides of rose gardens. 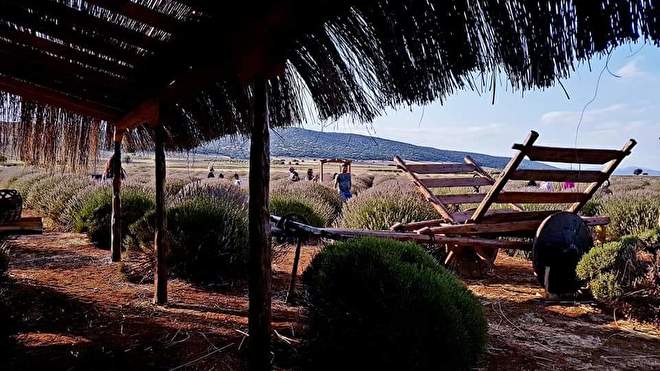 As stated by the city's culture and tourism directorate, lavender begins to bloom in June and germinates in a 45- to 50-day period. During the flowering period, the village is nearly entirely painted in purple, in a feast for the eyes which attracts shutterbugs from all across Turkey. The lavender harvest begins in August. 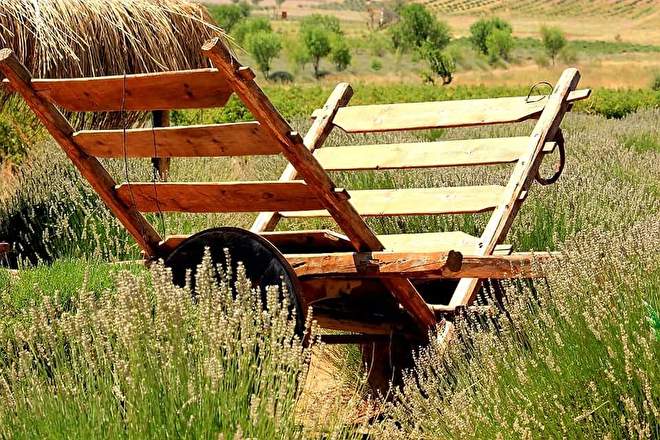 Vitex Natura creates the opportunity for everybody who wants to explore the Rose-harvest and Lavender-harvest in the region Isparta. Join our special Rose or Lavender Tours, for individual, groups, travelers or professionals. We are creative and flexible, let us know what your wishes are and we will arrange a stay for you that you will never forget.

Vitex Natura is the concretization that was born out of the discovery of, Mother and her daughters a Holland family, with their love for Natural products. Based on a +15-year-old experience as natural products sales from the regions South-France and Isparta in Turkey, we love to share our knowledge of these Provence beauties with people in a friendly and relaxed atmosphere. Don’t worry, we speak fluent English, German, French, Dutch and Turkish.

We accompany our guests during their visits on board of a comfortable 4 or 7-seat car or minivan equipped with Airconditioner. Let yourself be guided through the most beautiful landscapes of these Fairytale Provinces and experience the lovely smells and magnificent landscapes. 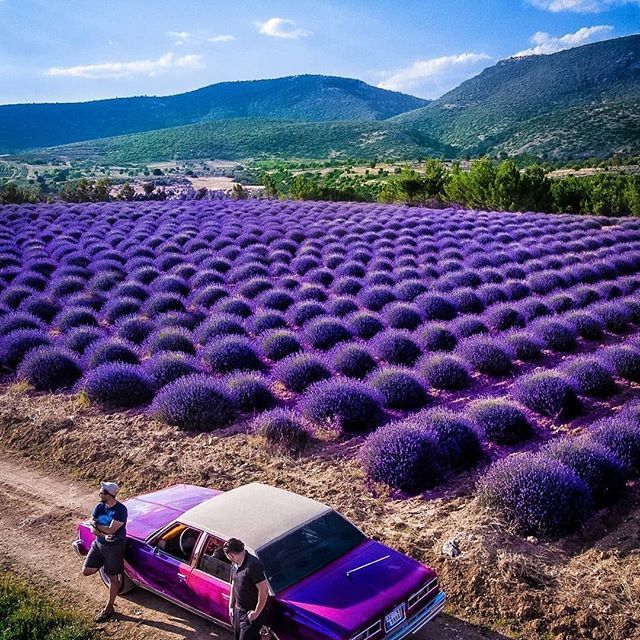 Lavender Town exists and it's in Turkey! ?