Vanilla, the queen of herbs

A universe of flavors.
Vanilla is a very special spice. Because her warm aroma is incredibly complex. It combines gentle sweetness with subtle tartness, noble elegance with mysterious exoticism and sweet mildness with opulent refinement.

Vanilla is unique. That's why we have put together comprehensive information about this topic for you.

The history of vanilla

When the first Spaniards reached the coast of Mexico under Hernán Cortéz in 1519, vanilla was enjoyed there for a long time. Only slowly did it come to Europe and was reserved for the rich. Trade remained under Spanish control until the independence of Mexico in 1810.

The Dutch on Java and the French on La Réunion began to grow vanilla in 1820. Because of the similar climate, the cultivation of La Réunion in Mauritius (1827), the Comoros (1868) and Madagascar (1912) expanded. Madagascar is the most important producer today.

Vanilla belongs to the orchid family. Of the more than 100 species, only three are of culinary interest: Vanilla planifolia, Vanilla tahitensis and Vanilla pompona. They differ in the composition and amount of their - more than 130 different aromatic ingredients. The most important among them, vanillin, can reach up to 4% in the case of Vanilla planifolia. They also have a high content of water and sugar.

The tendrils can reach up to 15 meters in length. They are led in the cultivation so around the rank tree that they do not exceed job-friendly two meters height.

The plant thrives only in the humid tropical climate of the tropics near the equator. It needs sun and rain, but not too much to deliver good quality and yields. Provided by the host trees the necessary shade is needed for the vanilla.

The natural pollinators such as hummingbirds and certain bee species occur only in Central America. Therefore, the flowers in all other growing areas must be pollinated by hand. They only bloom on a single morning when the pollination must be done. From these flowers then develop the fruits.

Only two to four years after planting can be harvested for the first time. The tendril then wears four more years before it needs to be replaced.

The harvested green pods have virtually no taste. Only the fermentation brings out the wonderful variety of flavors.

The pods are doused with about 60 ° warm water and then placed in the sun. To sweat they come wrapped in blankets in the shade. In this rhythm, the pods ripen for about two weeks. The periods in the sun are getting shorter and shorter. The vanilla is then dried for a few weeks. The whole process has a lot to do with experience and feeling, because temperature, clouds and rain affect maturation.

Much of the world's production is produced in plantations owned either by companies, often overseas, or by local farmers. These are usually organized in cooperatives. The rest comes from small farmers. They grow on a small piece of land what their family needs (subsistence farming) and by the way some vanilla, usually around 10 - 15 kg. This is often the only way to earn money for clothes, school attendance and medical treatment.

Often it is recommended to cut open the vanilla pod lengthwise and scratch out the pith. But the pod itself is also very aromatic. To dissolve the aromas, cook the empty scraped pod in milk or cream. If you remove them, rinse them and dry them, you can reuse them a few times. It is best to keep the pods in a sugar jar. By the way, you get real vanilla sugar.

Ground vanilla has the advantage that it is easy to dose. Because it no longer has any moisture, storage is also easier.

We have put together some interesting vanilla recipes for you. There are classics, but also not so well-known treats.

Vanilla has anti-inflammatory and antioxidant properties. So, it could be useful in the treatment of Alzheimer's.

It contains substances that protect the nucleus and the DNA. Thereby they help with the treatment and prevention of cancer. There are even indications that it actively combats cancer cells and causes them to die. Vanilla stimulates digestion and bile activity. In aromatherapy, vanilla is used against depression, paranoia and sleep disorders, as it lightens the mood and has a relaxing effect.

Even the Aztecs and Maya used vanilla as an aphrodisiac. For vanillin is chemically very similar to human pheromones. 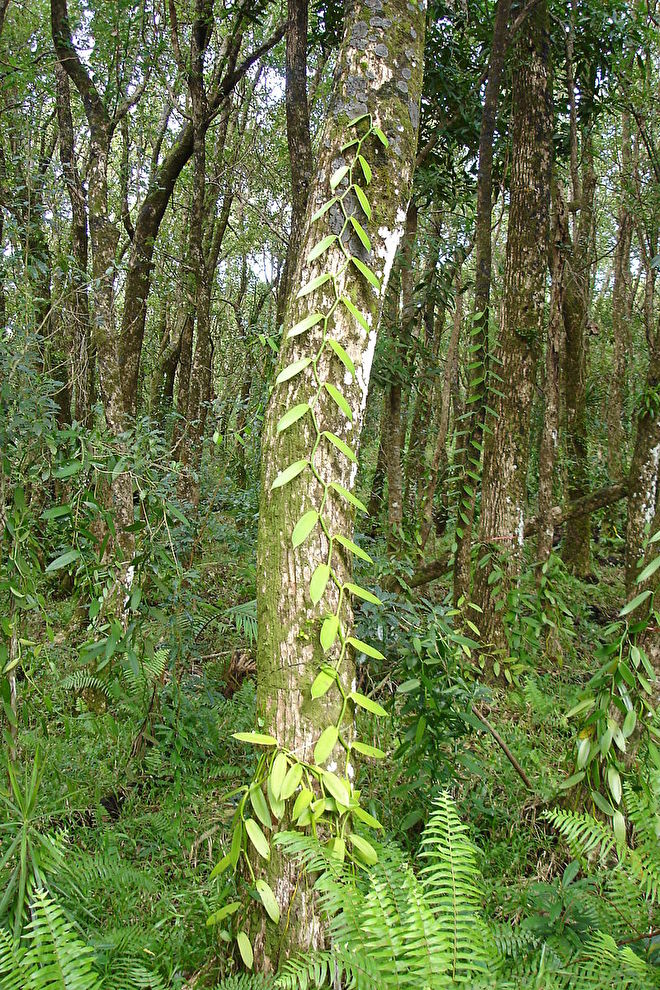 Obtained from a waste product of the timber industry, artificial vanillin is added to many industrially produced foods.

It mimics more bad than quite the most important aroma of vanilla, the vanillin. The remaining 130 aromatic compounds of real vanilla remain out there. The result is a strangely one-dimensional "off-round" taste that quickly becomes penetrating.

It is alarming that artificially produced vanillin carries great health risks.
It is cancer-causing and changes the genetic material.
The quantity taken decides. But you should be aware that it is contained in many foods from chocolate to flour to pastries and even cigarettes.